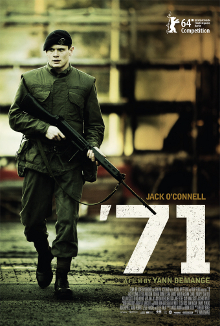 ’71 follows the story of Gary Hook, a young British soldier who gets separated from his unit following a riot on the streets of Belfast in 1971.

How was Uni-versal Extras involved?

Uni-versal Extras was an Extras agency for the ’71 Feature Film set in Northern Ireland. Uni-versal Extras helped out by supplying Extras and Supporting Artistes to locations in Blackburn, Liverpool and Sheffield.

When watching ’71, keep your eyes peeled for…