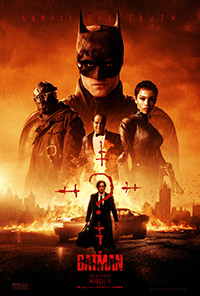 The long-awaited The Batman, starring Robert Pattinson, Zoë Kravitz, Colin Farrell and Paul Dano, sees Batman going head to head with the underbelly of Gotham City and following a series of sadistic clues to uncover the culprit causing catastrophe throughout the city.

Were you a Uni-versal Extra on The Batman?