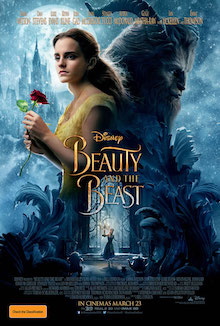 Beauty and the Beast

Beauty and the Beast is the classic Disney fairy tale of Belle, a young woman who falls in love with a horrific monster who turns out to be a prince under a spell.

Uni-versal Extras was the dual extras agency for Disney’s 2017 reboot of Beauty & the Beast starring the fantastic Emma Watson. The film was shot at Shepperton Film Studios in South East England.

Due to the casting requirements of the story, Uni-versal Extras supplied a core group of supporting artistes as villagers who were retained throughout the majority of filming. In addition to the major village and angry mob scenes, the company also cast extras with specific skills such as blacksmiths, fishmongers, seamstresses and more. Aside from extras casting, Uni-versal Extras also supplied character doubles, stunt doubles, hand doubles and stand-ins.

When watching Beauty and the Beast, keep your eyes peeled for…

I just wanted to say thank you for putting me forward for Beauty and the Beast. I have had such an amazing time as a villager for the last 2-3 weeks and am so happy to have been part of such a huge production.

Beauty and the Beast

Were you a Uni-versal Extra on Beauty and the Beast?