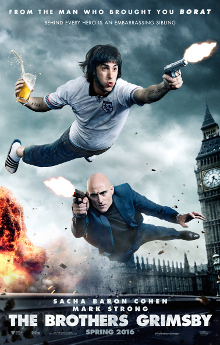 Following their separation as young children, two brothers end up on very different paths. Family man and sports fan Nobby’s world is about to collide in full force with that of his brother, Agent Sebastian Grimsby!

Uni-versal Extras was an extras agency for The Brothers Grimsby.

When watching The Brothers Grimsby, keep your eyes peeled for…

Were you a Uni-versal Extra on The Brothers Grimsby?