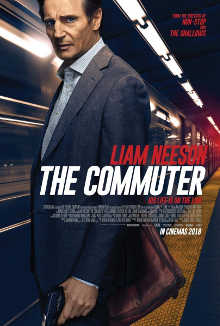 After being contacted by a mysterious stranger, the daily commute of insurance salesman Michael quickly becomes an action packed thrill ride. As time races on, Michael discovers a deadly criminal conspiracy unfolding.

Uni-versal Extras supplied extras and background artists for The Commuter. This feature film was mainly filmed in London, Pinewood Studios in Buckinghamshire and Longcross Studios in Surrey.

In additon to standard background roles, the agency also cast specialist parts including a stand-in for Sam Neill.

When watching The Commuter, keep your eyes peeled for…

Were you a Uni-versal Extra on The Commuter?