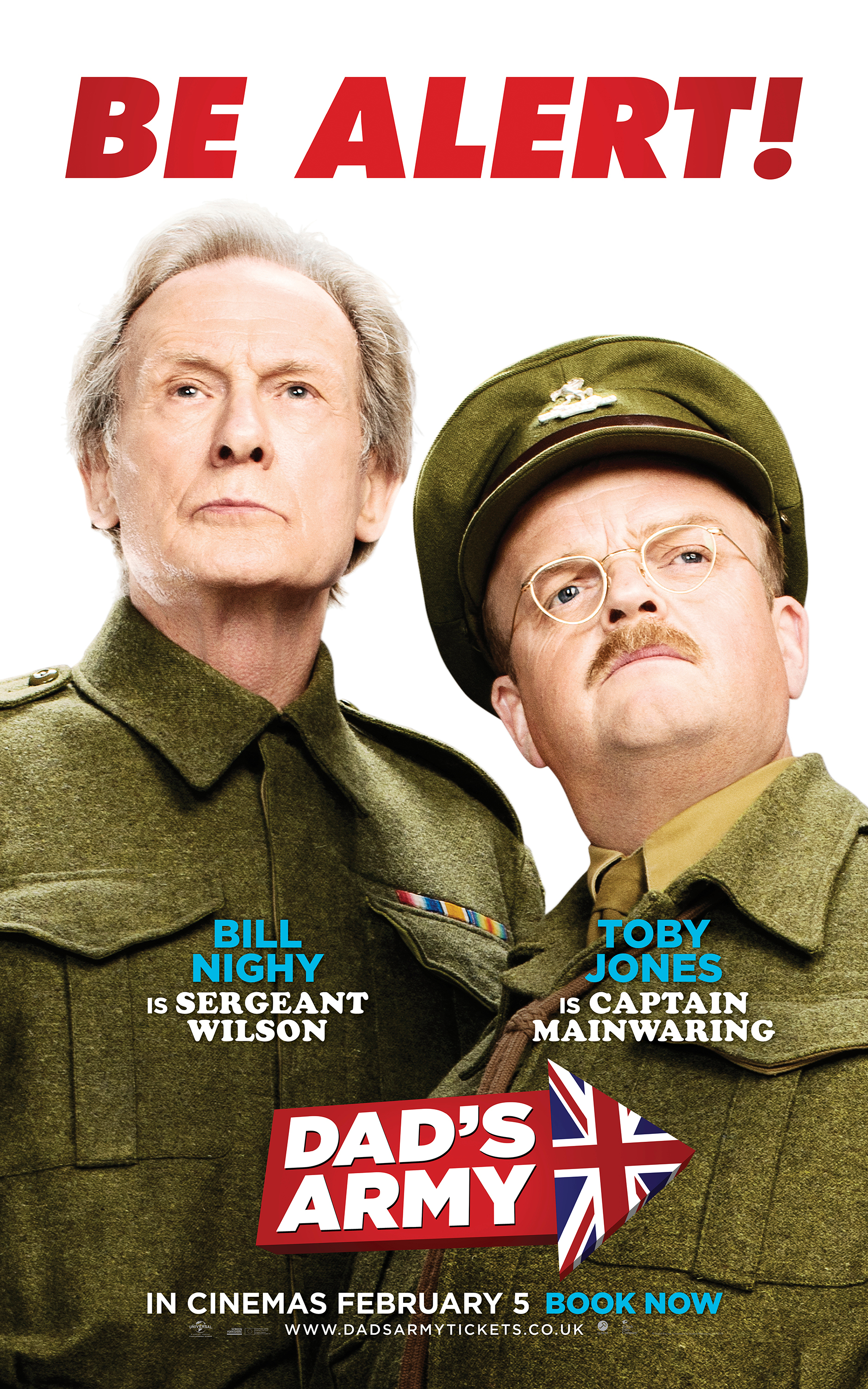 Set in 1944, a glamorous journalist descends on Walmington-on-Sea to report on the Home Guard platoon. Little do they know that there is an undercover German spy hiding somewhere in the town.

Uni-versal Extras was the dual extras agency for the Dad’s Army feature film.

In addition to background extras for crowd scenes, Uni-versal Extras also supplied doubles for some of the main cast.

When watching Dad’s Army, keep your eyes peeled for…

Thank you for giving me the opportunity to be one of the 8 members of the 'Special Platoon' who acted in support of the main cast throughout the film. It is an excellent, funny & well acted production.

Many thanks to Universal Extras for enabling me to feature in this iconic film as a Special Platoon member.

Being cast as a Special Platoon member gave me the chance to be on set with some very talented actors. The whole atmosphere was friendly and totally professional.

Great fun to be a part of. Toby Jones is exceptional!

Were you a Uni-versal Extra on Dad’s Army?