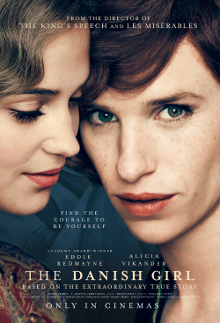 The Danish Girl filmed in multiple locations across England including London, Oxfordshire and Hertfordshire. In addition to the background artists and supporting cast for crowd scenes, Uni-versal Extras also supplied doubles and stand-ins for some of the main actors and actresses.

When watching The Danish Girl, keep your eyes peeled for…

I loved being involved as a washerwoman in The Danish Girl. I had to use a dolly peg just like my grandmother’s, as Eddie Redmayne walked through the backstreets of 'Paris'.

I enjoyed filming The Danish Girl at a venue near Canary Wharf in London. My scene was reduced in the final cut, but that is how it is sometimes with cinema.

Thank you for casting me in The Danish Girl - I loved the 40s style!

Were you a Uni-versal Extra on The Danish Girl?