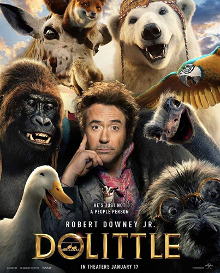 When Queen Victoria falls gravely ill, the word is sent for the best Doctor in the land, it’s just a shame he has retreated from human society. Luckily, this happens to be Dr John Dolittle who can talk to animals and the animals are saying it’s time to go on an adventure to save the Queen!

When watching Dolittle, keep your eyes peeled for…

Many Well-to-do Victorian Men and Women, Prisoners and even a Double for Antonio Banderas!

Were you a Uni-versal Extra on Dolittle?