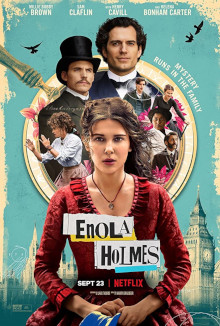 Based on the book series by Nancy Springer, Enola Holmes follows the younger teen sister of famous detective Sherlock Holmes, as she branches out on her own to solve the mystery of their missing mother.

Enola Holmes was my first ever extras job. What a buzz! The crew were friendly and clear, and the other SAs supportive. The whole experience was fabulous and I’m ever so proud to have been a part of it. Thank you for the opportunity!

Were you a Uni-versal Extra on Enola Holmes?