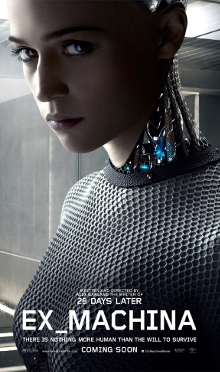 Ex Machina is the story of Caleb, an employee who wins a holiday in a company competition. Little does he know that he is to soon be part of a complex experiment at the hands of Nathan, his CEO.

Uni-versal Extras was the UK extras agency for the Ex Machina feature film.

The majority of the film features only the main actors, being set in a remote mountain retreat as the experiment unfolds. However, in addition to background extras for UK scenes such as those set in the office, Uni-versal Extras also supplied stand-ins and doubles.

Were you a Uni-versal Extra on Ex Machina?