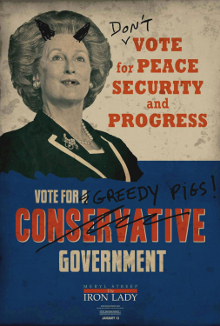 An elderly Margaret Thatcher talks to the imagined presence of her deceased husband as she struggles to come to terms with his death, while scenes from her life intervene.

Uni-versal Extras was the dual extras agency for the The Iron Lady feature film starring Meryl Streep. The production required extras playing a range of political roles from MPs to Ministers to parliamentary staff, and filmed in multiple locations including London, Oxfordshire and Buckinghamshire.

When watching The Iron Lady, keep your eyes peeled for…

Were you a Uni-versal Extra on The Iron Lady?