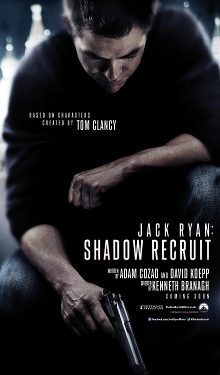 Jack Ryan is an action film about a covert CIA analyst who uncovers a Russian terrorist plot.

There were many extras on this shoot and it was very well organised. We stayed late which meant we were able to finish in one night rather than two. A good experience where I met some good folks.

Were you a Uni-versal Extra on Jack Ryan: Shadow Recruit?