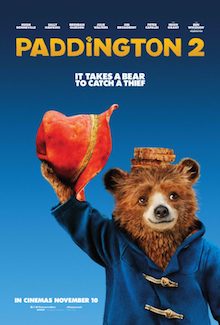 Paddington Bear, a loved member of the Brown family and popular in the local community, decides to work various odd jobs to pay for his Aunt’s 100th birthday present. After the gift gets stolen, Paddington embarks on a new adventure!

Uni-versal Extras was the sole extras agency for the Paddinton 2 feature film. The movie was shot in multiple locations across the UK including Hatfield House and Knebworth House in Hertfordshire, Pinewood Film Studios, Warner Bros. Studios and various London locations including Camden, Portabello, Little Venice, Bank and Camden.

In addition to supplying extras and supporting artistes across the Paddington 2 feature film, Uni-versal Extras also cast people with a range of specialist skills including pilates instructors, rollerbladers, a harp player, extras who owned specific cars and ceilidh dancers! In addition to background artistes and extras, doubles and stand-ins were also cast for many of the actors in the film.

When watching Paddington 2, keep your eyes peeled for…

I was one of the nuns standing next to Hugh Grant and my scene even made the trailer! It was a great shoot and lots of fun.

I was one of nuns at St Paul's on a long day with four scenes to film. It was great fun - just like being back at school with such a large and diverse group!

I was in the crowd scene at the steam fair. My first such experience and hugely enjoyable for the people I met, the great way all the staff looked after us and the smoothness of UE's operation. I can't wait for another chance!

I was one of the prisoners on set at Pinewood and had an excellent time. Thanks for putting me forward!

The food in the prison 5-star restaurant was wonderful, both the porridge with nice crunchy sand in it and the marmalade sandwiches. I loved my pink prison suit! Good company, lovely ADs and great fun.

I had a wonderful time Filming Paddington 2, I was featured and it was a great film...It was so cold..but we survived.

Uni-versal extras gave me my big break - the chance to double for Hugh Grant. In total, I was on this production for nearly 8 months. I was called back to do the re-shoots and best of all, Hugh and I became very close and he now asks for me to stand-in and double for him on everything he does. Uni-versal made that happen - they are the best agency I work with by a mile.

I had a wonderful days filming at the steam fair. Have yet to see myself, but at least I was there. Great experience

It was such a wonderful experience and a vibrant atmosphere with so many interesting, people all in one place. I’m yet to spot myself walking through the parade of shops and stopping to inquire about the price of an umbrella. A fun filled day indeed.

I really enjoyed my time in court - not something most people can say! I got to meet some lovely and interesting people and it was fascinating to watch everything coming together. I went to see it and it's a truly lovely film - funny and kind. My kids spotted me in the scene and I've definitely been awarded 'cool Mum' points

I had great fun at the steam fair despite the cold. I was lucky enough to be in the ticket booth (so slightly warmer) and the hot blackcurrant supplied by production was great!

Were you a Uni-versal Extra on Paddington 2?