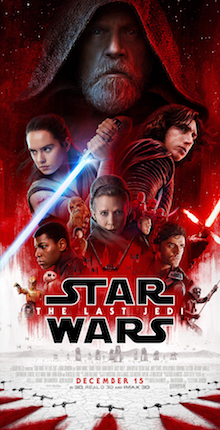 The Last Jedi continues the Star Wars saga, following on from The Force Awakens. After joining Luke Skywalker, Rey takes her first steps in the Jedi world as the myteries of the Force and secrets of the past are slowly unravelled.

Uni-versal Extras was the dual extras agency for Lucas Film’s 2017 blockbuster, Star Wars: The Last Jedi. The Last Jedi is episode VIII of the Star Wars saga and was mainly filmed at Pinewood Studios in Buckinghamshire. Other scenes in the film were shot at Longcross Film Studios in Surrey, and in Ireland and Croatia.

When watching The last Jedi, keep your eyes peeled for…

I just wanted to say thank you very much for putting me forward for the Stand-in role in Star Wars: The Last Jedi.

Were you a Uni-versal Extra on Star Wars: The Last Jedi?