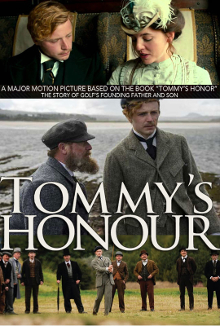 Tommy’s Honour is a moving tale of a father and son, based on the real-life founders of the modern game of golf.

When watching Tommy’s Honour, keep your eyes peeled for…

I had a great day filming and met loads of new mates. I also loved being fitted in a period costume.

Were you a Uni-versal Extra on Tommy’s Honour?