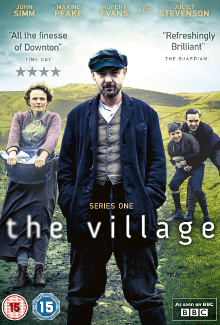 The Village is a BBC period drama about the goings-on in a rural Derbyshire village during the 20th Century. The show offers a perspective of working-class life, with season 2 picking up where season 1 ended.

Uni-versal Extras was an extras agency on The Village Series 2, produced for the BBC. The show was shot mostly in rural areas and small towns in Derbyshire.

In addition to Background Extras and Supporting Artistes such as the local people in the village, Uni-versal Extras also supplied body doubles for some of the main characters.

When watching The Village, keep your eyes peeled for…

Were you a Uni-versal Extra on The Village?