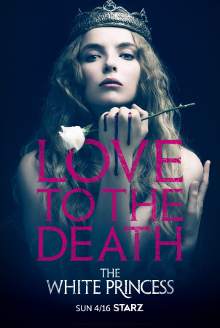 Based on a novel by Philipa Gregory, The White Princess follows the story of Elizabeth of York and her marriage to Henry VII.

When watching The White Princess, keep your eyes peeled for…

I was an extra in this - fantastic experience. I hope to do more like this in future and I can't wait to see it.

I just wanted to thank you so much for the two days I worked on The White Princess near Arundel - I had a blast!

Were you a Uni-versal Extra on The White Princess?