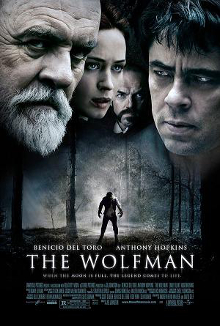 The Wolfman is a remake of the 1941 classic, telling the story Lawrence Talbot who returns to his eerie English hometown of Blackmoor following the death of his brother. Now they must all watch out for the curse of the werewolf.

Uni-versal Extras was a dual extras agency on The Wolfman, a 2010 feature film.

The production was shot in multiple locations across the UK, with Uni-versal Extras supplying supporting artists for filming in London, Pinewood Film Studios, Oxfordshire, Surrey and Castle Combe in Wiltshire.

Were you a Uni-versal Extra on The Wolfman?