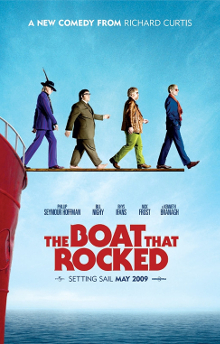 The Boat That Rocked

The Boat That Rocked is a comedy set in the 60s about a group of rogue DJs who broadcast a pirate radio station from out at sea, being closely pursued by a British government official.

Uni-versal Extras was the dual extras agency for The Boat That Rocked, which is a British feature film.

The company supplied a range of extras and supporting artistes for multiple filming locations across the UK. In addition to filming at Shepperton Studios and London, Uni-versal Extras also supplied extras for seaside locations such as Brighton and Weymouth.

Were you a Uni-versal Extra on The Boat That Rocked?