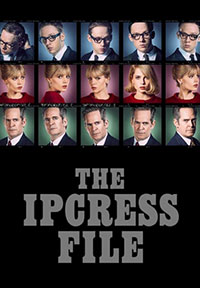 6-part Spy miniseries, The Ipcress File, follows Harry Palmer (played by Joe Cole): an ex-con turned savvy secret agent that finds himself on an undercover mission when many of the country’s most high-profile scientists begin disappearing.

Were you a Uni-versal Extra on The Ipcress File?