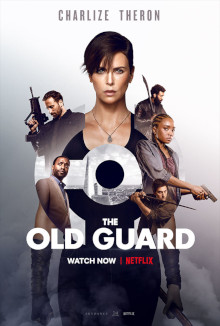 Based on the comic book of the same name, The Old Guard follows a team of immortal mercenaries as they fight to keep their existence secret.

Uni-versal Extras was a casting agency for The Old Guard feature film. Extras and supporting artists were supplied in London, at Shepperton studios and various locations in Surrey. In addition to standard extras roles, the agency also provided body doubles for actors and actresses including Charlize Theron.

When watching The Old Guard, keep your eyes peeled for…
Office Workers, Protesters, Bar Staff, Pub Goers and many more!

Were you a Uni-versal Extra on The Old Guard?