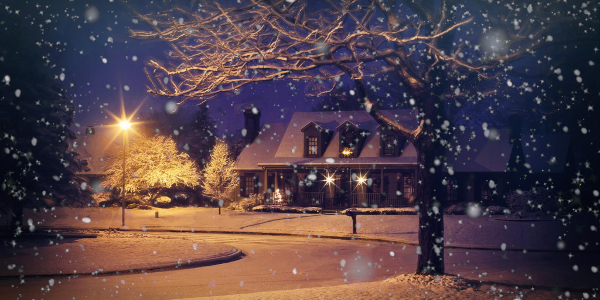 It’s the most wonderful time of the year, it’s time to flick on the fairy lights, curl up on the sofa with a warm blanket and bowl of popcorn to watch Christmas movies! We all have our favourites and here at Uni-versal Extras we are all about the fabulous supporting artists that make these films so great. Take a look at some of our all time favourite moments. Have we missed any?

When frustrated businessman George Bailey’s life isn’t going as he planned, an Angel is sent from Heaven to help him. By exploring a world where he never existed, our hero discovers it is a ‘Wonderful Life’ after all. In this, the final scene of the film, the whole town arrives at George’s house on Christmas morning to change his life and celebrate with him and his family.

Named after and featuring the Irving Berlin classic song reminiscing about the old fashioned Christmas setting, White Christmas follows an ex-military song and dance duo who meet a beautiful singing sister act. After following the Ladies to a rundown Vermont lodge they discover the owner is their old commanding officer. They team up to save his business and make it a Christmas to remember. This is the final musical number of the film showing the glamour of Hollywood’s golden years with some of the most elegant extras of all time.

A master toymaker and his wife discover a magical elf kingdom high up in the North Pole and become Santa and Mrs Claus. But when a well-meaning Elf gets mixed up with an evil toy tycoon in New York with aims to take over Christmas, Santa and his friends embark on an epic mission to save the holidays. In this scene the toymaker and his wife are greeted by the elves for the first time in the North Pole. Look at those cracking waistcoats and neckerchiefs!

What countdown of Christmas films would be complete without the Dicken’s classic A Christmas Carol? A timeless tale of rich Mr Scrooge and his penny pinching ways, visited on Christmas eve by three ghosts urging him to change before it’s too late. We have chosen this family favourite featuring the Muppets. In this scene the begrudging Scrooge is shown the delights of Christmas by the jolly Ghost of Christmas Present. Check out the fabulous people and puppets of old London town.

In this modern classic Buddy is a man who has been raised as an elf in the North Pole, however he leaves for America to live with other humans after his ungainly size causes havoc in the elf community. In this scene, Buddy the elf is super excited to be reunited with Santa at the store he is now working in, only to discover the man is an imposter. Look at the horrified children, shocked parents and worried store staff.

So that’s it for our top 5 favourite festive films with fabulous extras. Have we missed any moments from years gone by that make your Christmas magical? From everyone at Uni-versal Extras we hope you have had a wonderful 2017 and although it’s been said many times, and in many ways, Merry Christmas to you.