Movie Adaptations You May Not Have Known Were Books First 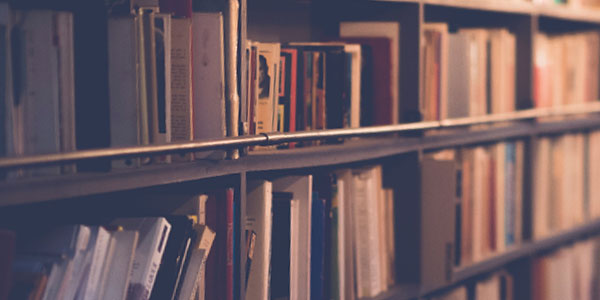 There’s nothing more exciting than seeing some of the industry’s biggest and most talented filmmakers take on the feat of the adaptation, is there?

This week we’re celebrating World Book Day through our love of cinema, taking a look at some of the best on-screen stories that were inspired by the written word.

Did you know that Jaws was originally a book?

We’re kicking things off with Steven Spielberg’s take on Peter Benchley’s 1974 novel of the same name –Jaws. We can’t think of another film with the power to instil such fear using just 2 ominous music notes, can you?

Many people were so taken with Spielberg’s Jaws that they had no idea that this was in fact an adaptation at all – we simply remember it as the first ever film to hit that 100-million-dollar sum at the US box office.

…and the film that had many of us avoiding beachside holidays for a while.

Not many people know that David Fincher’s cult psychological thriller, was, too, an adaptation.

Fincher’s use of eerie lighting, and trademark editing brought Chuck Palahniuk’s novel to a whole new level and we think it remains one of the biggest movie twists of all time (although you’ll be getting no spoilers from us)!

Next up: The iconic A Clockwork Orange.

Stanley Kubrick’s dark and daring spin on the story of Alex DeLarge caused the author himself, Anthony Burgess, to go on record saying ‘This is one of the great books that has been made into a great film.’

How’s that for a seal of approval?

Originally written by Emma Donaghue, some of you may be surprised to find that award-winning drama thriller Room also first came to us in the form of the written word. That’s right. It, too, is an movie adaptation.

Telling the story of a young boy and his mother being held captive in a lonely basement, Room is gripping from start to finish – and we think director Lenny Abrahamson does a fantastic job of bringing the book’s unorthodox style and first-person narrative to screen!

Those not familiar with the wonderful works of Agatha Christie may not know that the stylish, 2021 mystery film Death on the Nile is part of Christie’s much-loved series following Belgian detective Hercule Poirot. Admittedly, those of us who are avid crime readers are already more than familiar – Murder on the Orient Express, anyone?

Keep an eye out for some of our wonderful artistes appearing as jazz club attendees, hotel staff, tourists, soldiers and musicians in this one!

So controversial when first published, Bret Easton Ellis’ American Psycho was banned throughout multiple countries for its vivid graphic violence, so naturally, we needed a movie.

Lucky for us, 9 years later, Mary Harron stepped up to the plate and delivered an equally gruesome retelling of the wealthy and unhinged investment banker we all reviled as Patrick Bateman.

Did you know that author Easton Ellis has since told director, Harron, that he regretted not casting Leonardo DiCaprio as the creepy lead?

Any surprising movie adaptations that you feel that we’ve missed?