Home » Blog » 6 UVE Body Doubles You May Not Have Spotted!

6 UVE Body Doubles You May Not Have Spotted! 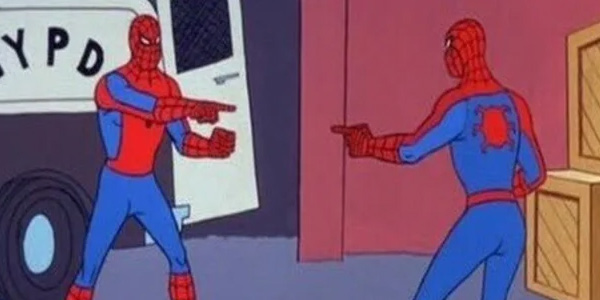 That’s right, April 20th marks a day especially set aside to celebrate doppelgangers – so when better to shine a light on a part of TV and Film that does it’s best to intentionally fly by unnoticed.

For those that aren’t familiar with body doubles, they’re the vital TV and Film stand-ins that perform on an actor’s behalf. They often take on the shots (or scenes) that are particularly sensitive, dangerous, intimate or otherwise difficult for the lead actor(s) to do themselves.

And there are lots of types we’ll bet you’ve unwittingly come across in your favourite movies and TV shows:

Aside from a small handful of particularly brave actors, most household names don’t actually leap from buildings, dive off cliffs or take part in high-speed car chases themselves. These activities instead get outsourced to highly-trained doubles who are able to perform said dangerous stunts, often take after take, for the camera. Their job is to make sure actors remain safe by performing stunt-work on their behalf and train for many years to be able to do so.

Need a close-up shot of your lead character welding, tapdancing, doing calligraphy, or typing as a courtroom stenographer? As you can imagine, it’s unlikely that your lead practices all of these specialised skills just in case they’re required on set one day. That’s a production’s cue to bring in a specialist double to help capture the shots needed for the scene to look as authentic as possible – such as Sarah Lane, a professional dancer who partially stood in for Natalie Portman as prima ballerina in 2010’s ‘Black Swan’.

For more anonymous shots (think hands writing or playing cards, footsteps from behind or legs on a sun lounger, etc.) you will often find that a double is used instead – this is to help better manage the lead actor’s time and means that productions can shoot footage different units simultaneously. It also ensures the biggest bang for the production’s buck!

These are artistes that step in for the scenes of a more sensitive nature. That includes on-screen romance, nudity – things like that. These doubles are vital as they ensure actors only participate in the scenes they are comfortable with, and that the production can go ahead with both the director’s vision and story intact.

In the TV and Film arena, doubling is big business. In fact, listing on your profile that you’re a dead ringer for a certain celebrity is just as valuable as any other kind of skillset you may bring to the table. Uncanny likeness is a skill all in its own right and UVE loves to see it! Make sure to add a note to your profile if you’ve got double potential.

So, where can you spot some UVE body doubles? It’s a great question, and one that is testament to a job well done.

UVE doubles are actually present in many productions – including some you wouldn’t expect.

Marvel femme fatale, Zöe Kravitz, had a rigorous training schedule for The Batman and worked closely with stunt coordinator Rob Alonzo to choreograph many a sequence to perform herself. But even Catwoman herself needs a UVE claw double from time to time…

Fantastic Beasts: The Secrets of Dumbledore

Similarly, in the third instalment of Fantastic Beasts: The Secrets of Dumbledore, you may not have spotted one of our UVE body doubles subtly stepping in as young professor Albus Dumbledore on behalf of the magical Jude Law.

Death On The Nile

Death on the Nile saw Gal Gadot as newly-wed Linnet Ridgeway, but you don’t get away with a movie title like that without seeing a fair bit of action. Gal Gadot remained safe on set through a combination of stunt woman Laura Swift and support from a lookalike body double provided by UVE!

Scarlett Johansson is so attached to her stunt double, Heidi, that she often takes her with her from set to set! Black Widow sees Scarlett’s stunts allocated to professional stunt woman Heidi Moneymaker, and additionally supported by a lovely Artiste supplied by the team here at UVE.

As much as we’d like to claim to have provided doubles for the marmalade-loving Paddington bear himself – sadly, he is CGI. Hugh Bonneville, on the other hand, is not. That’s precisely why you can spot one of our wonderful UVE body doubles stepping in for him as Henry Brown in Paddington 2!

Walking the mean streets of London is a dangerous game  – even burly DCI Luther sometimes needs back-up. You can spy one of our lovely Artistes making an appearance as a body double for Mr Idris Elba himself in Luther Series 5, too.

Be sure to update your profile with any celebrity lookalikes – you never know just who we’ll be on the hunt for next!