9 Of The Most Romantic Gestures Ever Seen in Movies 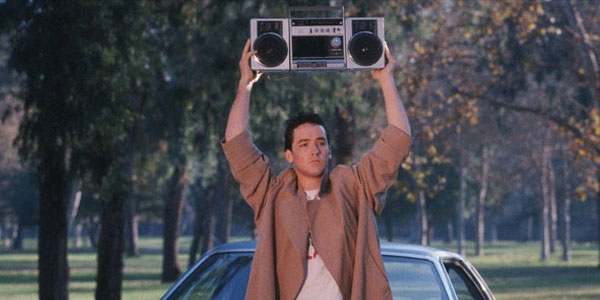 It’s that time again folks; the season of love. Whether you love, or you hate Valentine’s Day – box office records indicate that Romance is still one of our absolute favourite genres and we can’t help but keep coming back for more! Who knew we were such suckers for romantic gestures in movies, eh?

We thought it might be nice to take a look at some of the cult movies gestures that had our hearts all a’flutter over the years. The ones that not only involved spontaneous song, choreography and international travel at the drop of a hat, but had us looking over at our partners thinking ‘why couldn’t you have done that?’

Alas, that is the magic of the movies! So without further ado, here is a Uni-versal Extras’ rundown on some of the most moving moments in cinema history…

An adaptation of Shakespeare’s Taming of the Shrew, 10 Things I Hate About You tells the tale of an untameable leading lady by the name of Kat Stratford.

In an attempt to catch her eye, loveable rogue, Patrick, highjacks the school’s stadium tannoy system and serenades her with an impromptu version of ‘Can’t Take My Eyes Off You.’

Well done, Patrick. Our expectations have now been well and truly upped! 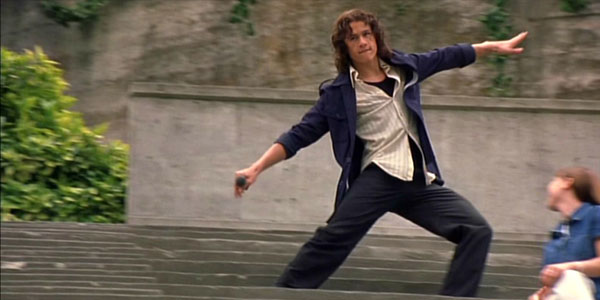 Everyone’s favourite anthology of love stories. The gesture in question? Mark arriving at Juliet’s door to confess a love that he knows is unrequited. In an effort to be discreet and preserve his friendship with her husband, Mark pretends to be carol singers so he can quietly relay his message through a series of handwritten cards before walking away in the snow. Beautifully cinematic, and totally, totally heart-breaking.

We’ve all dreamed of that unapologetically public declaration of love, have we not? Say Anything is easily the most iconic of the movie moves, and sees love-stricken Lloyd Dobler (played by John Cusack) standing outside the bedroom window of unlikely beau, Diane, blasting Peter Gabriel’s ‘In Your Eyes’.
Say Anything is now synonymous with the boombox and is preserved in rom-com history as one of the coolest declarations of love ever. 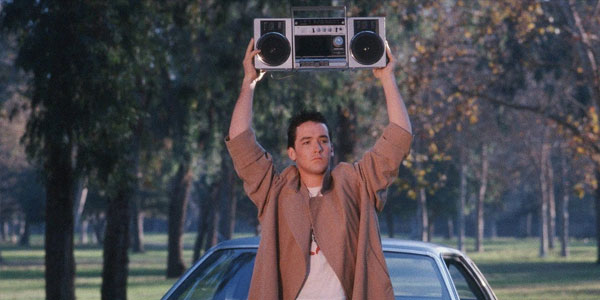 We think that publicly standing up and confessing your love for a movie star at a busy London press conference is a pretty good way to demonstrate that you’re invested. The ultimate romantic classic, Notting Hill, sees bumbling bookshop owner, William, vying for the attention of superstar Anna Scott.

Notting Hill easily secures spot number 6 for reminding us that money just can’t buy love, and deep down, we’re all just that girl, standing in front of boy, asking him to love her. 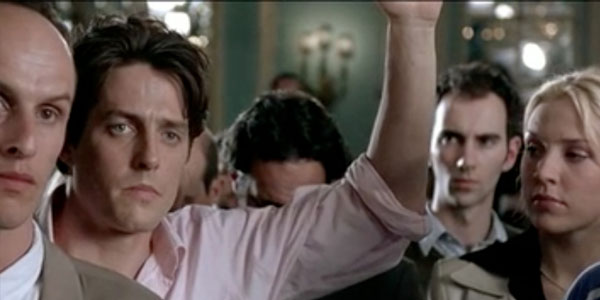 Surely we all remember that incredible moment when Molly Ringwald removed one of her diamond earrings and placed it into the leathery palm of school rebel, Judd Nelson.
John Hughes’ The Breakfast Club slides into spot number 5 for easily the most understated, but symbolic romantic gesture that 90s cinema had ever seen. Plus, who isn’t all for the union of the bad boy and the princess? 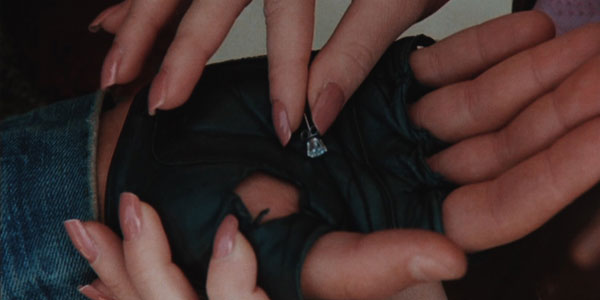 It doesn’t get much more romantic than Jane Austen, does it? This harrowing scene in Emma. tugs at our heartstrings so much so that we couldn’t resist awarding it spot #4 on our list. As proposals go, Mr Knightley’s confession of love to a shell-shocked and unexpecting Emma is absolutely up there for romantic crescendo moments.

Keep your eyes peeled for some of our wonderful artistes playing wedding guests, footmen, dancers and maids in this one! 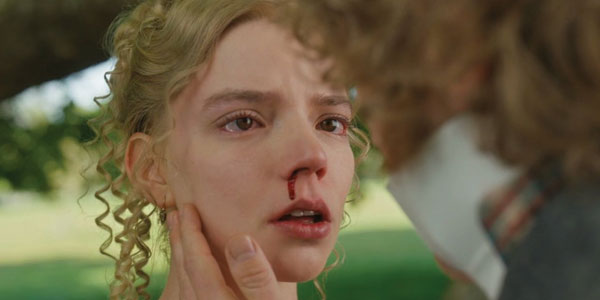 We’re sticking in the UK for entry #3: Bridget Jones’ Diary. Specifically, the moment that we realise that Mark Darcy isn’t in fact walking out on a heartbroken Bridget; he’s simply replacing her eponymous diary.

Arguably, Bridget running after him in the freezing cold in little more than a cardigan is equally romantic, so this movie earns spot number 3 for a romantic gesture double whammy. 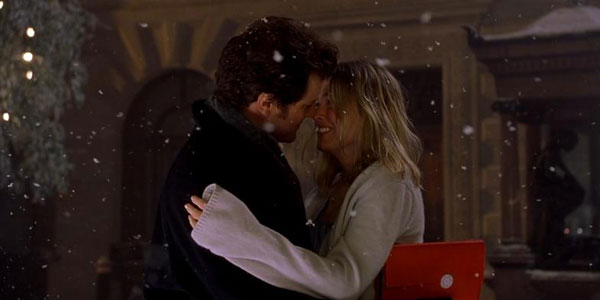 Our penultimate spot goes to Nicholas Sparks adaptation, The Notebook. When country boy, Noah, falls madly in love with wealthy city girl, Allie, he spends his life trying to win her back from an unhappy betrothal.

Professing he ‘wrote her every day for a year’ without a single response, Noah proves his loyalty by building Allie her dream house with his nothing but his bare hands! 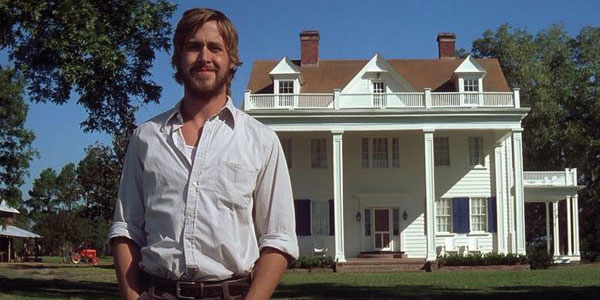 Adam Sandler coming through as our ultimate movie Casanova with 2004’s 50 First Dates. Adam, who plays the loveable Henry Roth, discovers that the woman of his dreams cannot remember who he is. Refusing to lose her, he hatches a plan to convince her every single day that he is not going anywhere.

After all, what is the ultimate declaration of love if not dedicating every day of your life to making sure your life partner falls in love with you all over again. Hands down the most romantic gesture in modern cinema! 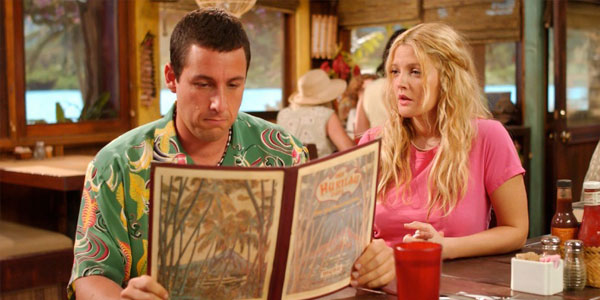 But enough from us – we want to know what you think. Have we missed any classics? We’re keen to know which films you feel have earned top spot, so let us know in the comments below!