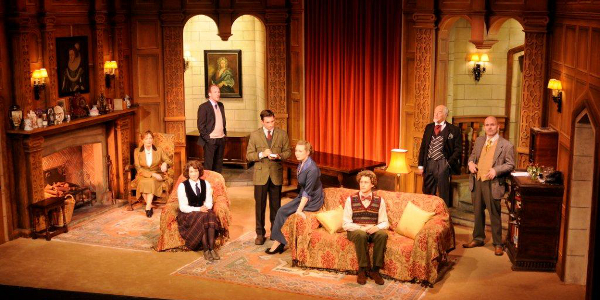 “I thought I knew all there was to know about performance, but on accepting a role as an extra in a new film, I quickly realised that I didn’t!” –

“The Show Must Go On!” – Acting for Stage & Screen

I am an avid theatregoer, like seriously avid. I go to shows across London (and beyond when time and travel allow) about three times a week. By now I think it is safe to say that I have seen it all; I have watched sweat drip from actors faces in hot and intimate black box studio theatres, I have seen the spittle flying between performers on stage at Shakespeare’s Globe and I have even seen the elephant in the musical version of The Lion King trip up but (despite embarrassment in front of 2000 audience members!) soldier on with “The Circle of Life.” I thought I knew pretty much all there was to know about performance, but on accepting a role as an extra in a new film, I quickly realised that I didn’t!

So Real you can Reach Out and Touch it

Unlike theatre, I am pretty sure that everyone in the Western World has seen a film or television show in their lives. Several films and television shows in fact. However where during a theatre production like The Mousetrap (pictured above) it is clear to see the actors every move, the set and the props, it is much harder to see the process behind the end product in film.

When watching a film it is so easy to be sucked in to the Starship Enterprise or Number 4 Privet Drive, that for a moment our disbelief is suspended and we sort of believe it…right? As I recently experienced as a Uni-versal EXTRA, a whole world of work goes into making the unreal seem real! Although I missed my chance to frolic about in a cape at Hogwarts (or as us mere muggles know it a few studios in London and a castle in Scotland), I DID get the chance to work alongside one of my favourite stage and screen actors, Eddie Redmayne, in new film, The Theory of Everything.

Eddie Redmayne in The Theory of Everything

When I was called to a secret location to be a film extra, I was pretty excited. As I stepped on set it really did feel as if I was walking on to a stage! However after 10 amazing (but quite exhausting) hours of filming, it became quite clear that film is a whole different kettle of fish!

Having seen Eddie play Richard II on stage at the Donmar Warehouse, it was clear that the main difference between life on stage and life on a film set for an actor is that the film industry is about absolute perfection! Every minute detail has to be just so for a good film to succeed. Whilst of course theatre summons a certain degree of precision, there is a definite “blink and you will miss it” vibe; if mistakes are made on stage, the show goes on without dwelling on it. It’s not like audience members can pause or rewind to see exactly what went wrong. 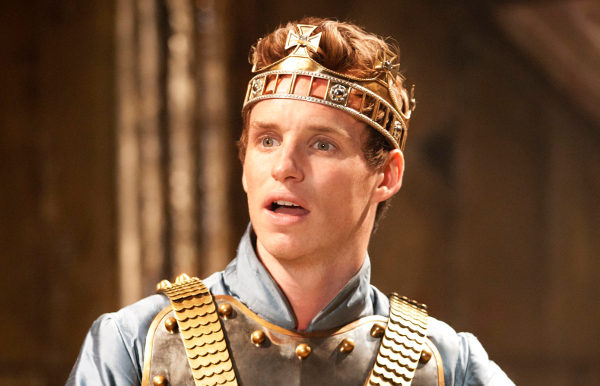 Living in a digital age in which DVDs and video streaming is widely available, films can be studied frame by frame. Action that takes just seconds to unfold in the theatre can take hours to perfect in film! As I watched Redmayne in take after take, I started to gain a real insight and appreciation into the craft of a film actor which really must take a great deal of patience.

Do You Feel Engaged?

In some ways theatre is more engaging as action happens live in front of you; you are there with the actors breathing the same air as they are, witnessing events unfold as they do. What makes this experience special is that performances are bound to vary, if only slightly, night after night. It is physically impossible for one performance of Phantom of the Opera to 100% replicate another, making what we see as theatre audience members unique to our time there.

However the downside to this is that inevitably, some performances are better on one evening than others. Even actors have their “off days” and I am sure even they would tell you that on some days they may deliver their lines better than on others. What you get in film, however, is a carefully selected moment that displays a scene at its best. Of course sometimes magic happens in one take, but more often than not what you are seeing on screen has been hours in the making. Lucky you!

In the Theatre – “anyone for musical chairs?”

Another way in which film manages to create a real sense of environment for its audience is via its use of carefully edited varying perspectives. In traditional theatre (although I should add there are some exceptions) the audience is offered only one vantage point throughout the show and that is the view from the seat they have booked.

The magic of film, however, is that cameras offer the audience a wide array of shots. For example, in The Theory of Everything, the audience will i’m sure be able to see Hawking’s face, the whites of his eyes as he delivers the speech, the faces of his loved ones and the eager faces of his audience members, hanging on his every word. This arguably creates a more total sense of drama, as we are able to see in a few simple seconds, exactly how the atmosphere in the room was, thus generating an even more intimate experience for the viewer. 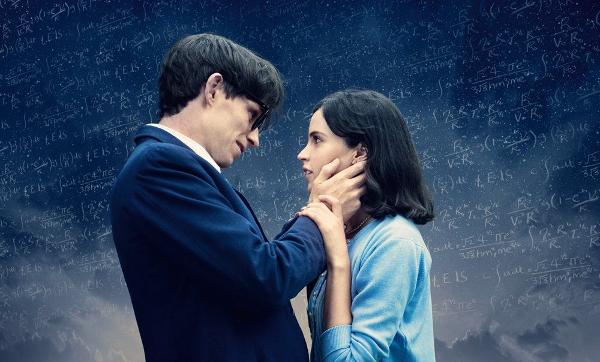 Above. Eddie Redmayne & Felicity Jones star in The Theory of Everything, in UK Cinemas 1st Jan 2015

In the world of theatre and film, I am just a simple voyeur, but the two industries certainly do have very different approaches to “acting” – one being a for better or for worse heat of the moment reaction and the other (although not lacking in passion) a more carefully measured process. It would be interesting to discuss the true differences with a veteran of both crafts such as Redmayne –

How does it feel to act on stage in front of a live audience compared to a film set?
How would he feel playing Hawking on the stage?
Does he connect with either medium more or less?
What feels more “real” to him?

I suppose for now we will never know, but we can most certainly revel in his undoubtedly glorious portrayal of Stephen Hawking in The Theory of Everything.

Theatrical ponderings aside, I was very lucky to have been selected as an extra on The Theory of Everything shoot; I was able to meet some lovely fellow “background artists” who were game for a chat between takes, I was fed a fabulous lunch and was paid well for the honour! Best of all though, I was able to feel like a valid part of a great production that definitely opened my eyes to life in the film industry.

About the Author: as well as being a registered member of Uni-versal Extras, Rebecca Felgate is the editor of OfficialTheatre.com where she reviews West End shows and interviews both stage and screen actors.