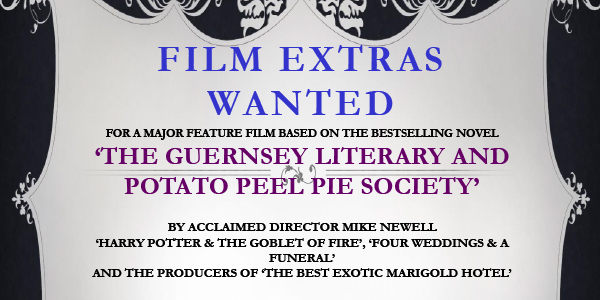 Film extras wanted across Devon for a major feature film called The Guernsey Literary and Potato Peel Pie Society, directed by Mike Newell (Harry Potter & The Goblet of Fire). Read more about the free open casting in Devon on Saturday 1st April 2017 and how to attend.

A major new feature film called The Guernsey Literary and Potato Peel Pie Society (based on the bestselling novel) will be holding a free open casting with Uni-versal Extras in Devon, South West England. The film is from acclaimed director Mike Newell (Harry Potter & The Goblet of Fire, Four Weddings & a Funeral) and the producers of The Best Exotic Marigold Hotel.

Filming will take place in Clovelly, Bideford and other North Devon filming locations through April and May 2017. If you have access to these locations and would be interested in attending the open casting in Bideford, please find all the details below!

Men and women of all ages wanted.
You must be over 16 years old to attend.
You must be entitled to work in the UK.
No experience necessary!

Please note that if you are already a fully activated member of Uni-versal Extras (i.e. you can log in using your profile and apply for jobs on the website) you must NOT attend the open casting. This is because we already have everything that we need to cast you and you will be contacted about any suitable roles within this production already directly.

What happens at the open casting?
You will provide some basic information about yourself that we need to cast you including your contact information and costume measurements (measuring stations are available at the casting). We will also take your photos to be used when casting the roles within the film. 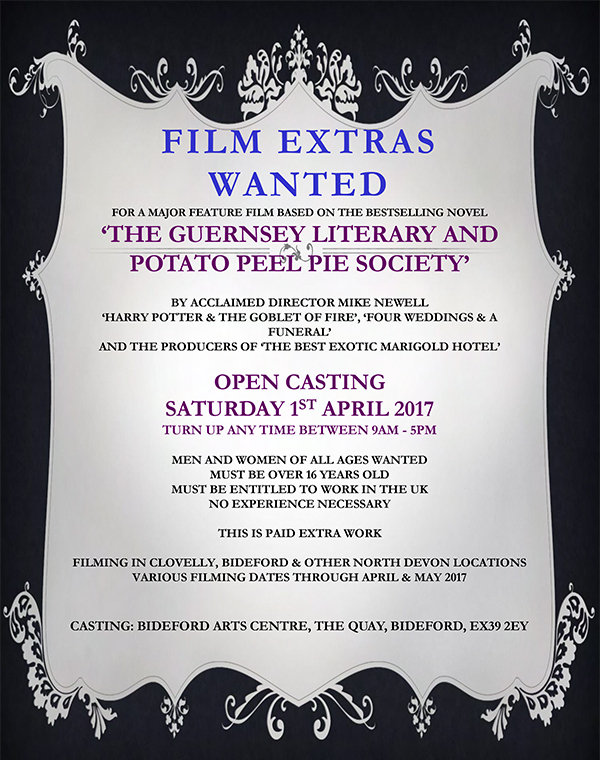