A Film Extra’s Tale of Friendship 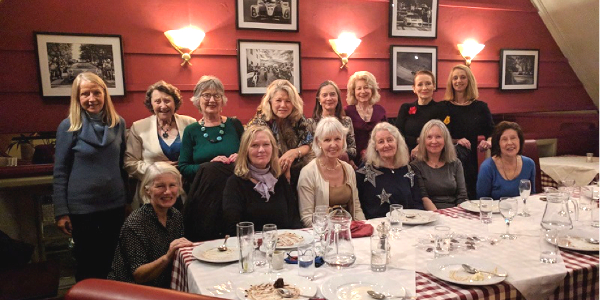 A member of Uni-versal Extras discusses how she and the other supporting artists cast as the Verdi Ladies in Florence Foster Jenkins, became great friends in real-life. Uni-versal Extras was the sole extras agency for the film, which was shot in multiple locations across the UK including London, Liverpool and Glasgow.

Friendship from the Set of Florence Foster Jenkins

In 2015, I was privileged to work as one of the Verdi Ladies in the Florence Foster Jenkins movie, directed by Stephen Frears and starring the amazing Meryl Streep.

If you’ve seen Florence Foster Jenkins, you’ll know that the Verdi Ladies are described as being a group of friends, of Florence, but also with each other. The Verdi Ladies who were cast in the film have, in real-life, become very good friends ourselves! Since we finished filming the movie, we have kept in regular communication with each other and have even met up from time-to-time. It is also always nice when we find ourselves working on the same production.

In November 2017, we had a big get-together at a restaurant in Central London, with almost all the Verdi Ladies in attendance, which was the first time since our Wrap Party that we have had such a large gathering. It was so amazing to see everyone again and to catch up with those who we had not seen for a while. We are a very diverse group; amongst us are a novelist, teachers and a celebrated artist, to name but a few.

Being part of this group of friends has been one of the most wonderful experiences for me since becoming a supporting artist, so thanks to Uni-versal Extras for bringing us all together!

About the Author: Catherine Scovell is a registered member of Uni-versal Extras.