Home » Blog » Film in Wales from Obscurity to Stardom

Film in Wales from Obscurity to Stardom 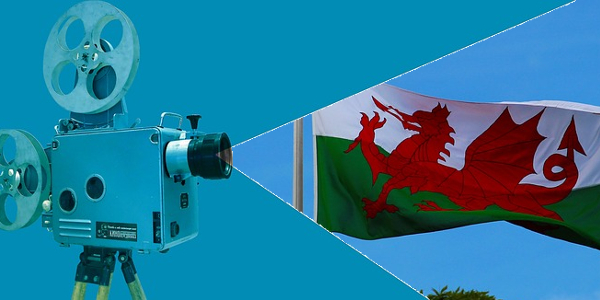 Uni-versal Extras has arrived in Wales! To celebrate we are looking back at some of Wales’ finest cinematic moments. Wales is synonymous with producing amazing works of art and literature as well as some of the world’s most recognisable talents, like me for example, ha ha, worth a try. On a more serious note, in this post we’ll look at some classic highlights of the Welsh Film industry on its journey from obscurity to one of the jewels in the UK’s film making crown.

Based on the novel by the same name by Welsh author Richard Llewellyn, this 1940’s classic sees Roddy McDowall as Huw Morgan, the youngest son of a proud family of Welsh miners. As the events at the dawn of the century start impacting the small Welsh mining town, Huw and his family find themselves facing a decline in coal mining and their local community becoming divided. As the town’s situation worsens even the family find themselves being torn apart from the lives they had and the people they loved.

In 1940, Fox wanted to film the movie in Wales using Technicolor, however due to the events of the second world war in Europe this proved impossible. This resulted in the movie studio building an 80-acre replica of a Welsh mining town near Malibu, California! Even though, sadly this movie only features one Welsh actor, its tragic tale of a broken community shone at the 1941 Oscars taking home 5 awards including Best Director, Best Supporting Actor and famously beating Citizen Kane to Best Picture.

In this scene the villagers rally around to cheer up the Morgan family.

If there was one thing the British Film industry could do in the 1960’s it was a cheeky comedy with the might of the Carry-On films being made at Pinewood Studios and Ealing Studios creating their own brand of dark comedies. This raunchy comedy from British Lion Films is set in a fictional South Wales town, Aberdarcy filmed mainly around Swansea.

The film follows a frustrated local librarian and part time drama critic, John Lewis played by comedic genesis Peter Sellers. John’s life begins to change as his long-suffering wife, Jean, persuades him to go for a better paid job. A chance meeting with the glamorous designer, Liz, at a meeting of the local amdram group. The plot thickens as Liz agrees to help him secure the job, if he agrees to become her lover on the side! Trying to balance two women and two jobs begins to prove difficult but the comedy fates have plenty more tricks up their sleeves before the film is over.

In this clip from the opening scene we are introduced to John as he struggles with the constant temptation of the beautiful women who visit his library.

A popular Sunday afternoon war film in my home when I was growing up, described by my proud father as a heart-warming story of “Just how amazing Welsh people are”, but he was a little biased. A more accurate description of this classic war film is the epic tale of how a Welsh regiment of 150 soldiers most sick and wounded, successfully fought back 4,000 Zulu warriors during the Battle of Rorke’s Drift. Now before anyone is upset, as with many historical retellings a few of their facts are a little incorrect for example the part of Wales the regiment had come from was actually in England at the time of the conflict!

Despite this the film starred and was produced by Welsh actor Stanley Baker and introduced, Michael Caine in his first major film role! As an Extra’s agency we love the idea of casting those 150 soldiers and those 4,000 warriors! And as a proud Welsh patriot of course, the classic sound of ‘Men of Harlech’ is always enough to swell the heart.

Written by the great Welsh writer and poet, Dylan Thomas as a 1954 radio play, Under Milk Wood follows the locals of a small Welsh fishing village, Llareggub (note for our English readers, who may not have read this at school – spell the village backwards to reveal the joke).

Filming primarily took place on location in Lower Town, Fishguard. Starring one of Hollywood’s most famous couples of all time, the velvet voiced Richard Burton and elegance personified Elizabeth Taylor. The cast was studded with British A listers including Peter O’Toole, Glynis Johns and even a young David Jason. We love the characterful faces of the fishing village and gossiping neighbours!

Unfortunately, the film was not a box office hit, this could have been due to the fact the material was written for the actor’s voices to lovingly paint their little piece of Welsh life onto the imagination of the listeners. The beautiful cast and picturesque film may have failed to capture the attention of the world’s cinema goers of the time but now has gained cult following and more visual adaptations with Welsh A-listers of the time, have since been released.

In the 1990’s the UK had captured the world’s imagination with our gritty take on life through drama, crime and dark comedies. When Twin Town erupted on to UK cinemas in 1997 it brought all of the above with a particular Welsh twist!

Set and filmed in Swansea, Twin Town stars real life brothers Rhys and Llŷr Ifans as the film’s unlikely heroes “The Lewis Twins”. Now the boys would like to spend their days stealing cars, taking drugs and mocking their sister’s questionable job at the local massage parlour, but when a family emergency interrupts their way of life the boys are spurred into action. While working on business man and local gangster, Bryn Cartwright’s roof their father, “Fatty” Lewis, suffers an accident at work. With Bryn refusing to acknowledge his part in the accident, let alone offering the family any help, the Twins take matters into their own hands and begin plotting their twisted vendetta against the gangster and his family.

Although the film never received any critical acclaim, it still commands a huge cult fan base. We’ve chosen to share the opening credits clip as it paints a lovely picture of the Lewis Twins’ hometown and its one of the few moments in the film without any swearing.

Since these films the Welsh film industry has grown and now it’s locations can be seen in many TV shows and Hollywood blockbusters with some locations even doubling for places as far away as China or Las Vegas, even intergalactic locations for things like the BBC’s hit series Dr Who!

All we can say is, long may it continue and we are super excited to be a part of it going forward!