Home » Blog » My Story: Being a Bond Girl in Monaco

My Story: Being a Bond Girl in Monaco 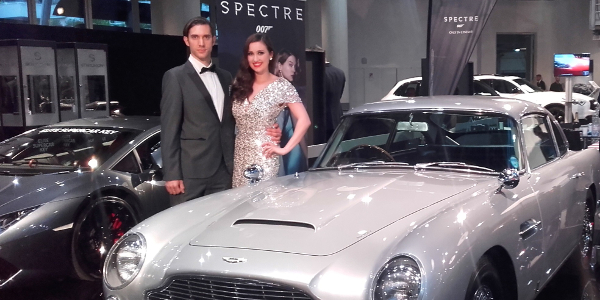 Being a Bond Girl in Monaco

Just under a month ago, I received a phone call from Uni-versal Extras saying that I had been shortlisted for an audition. The Prop Shop is a company based at Pinewood Studios that uses 3D scanning technology and a team of creative experts to build amazing props for many of the feature films that we love today. One of the film franchises they work with is James Bond, and the role they were casting was for an actress to play a Bond girl in Monaco.

Auditions, Meetings and a Flight to Monaco

After performing some scripted lines over Skype to the client, I then went to meet the team face-to-face next to the 007 Stage at Pinewood Studios. Later that day, I couldn’t believe to hear that I had been selected for the role and would flying to Monaco less than a week later!

Suitcase packed, the next thing I knew I was being picked up from my house in a private car and taken to Heathrow airport. There I met the actor playing James Bond (another member of Uni-versal Extras). Having arrived and unpacked at the hotel in Nice, Bond and I took the opportunity to explore the local area as we weren’t due to work at the show until the following day. Did I mention that all of our food, travel and accommodation expenses were covered?

The next day, we began the first of four days working in the centre of Monaco. As part of the job I was filmed for TV channels and got to demonstrate a third-scale Aston Martin DB5 model with moving parts such as machine guns, revolving number plates and a bullet proof shield! When watching these iconic movies, many viewers won’t realise that they are actually small, intricately-detailed models of the cars that Eon Productions ‘blow up’ on screen, e.g. the DB5 at the end of Skyfall (2012).

At the end of an eventful week, my flight back to normality was waiting for me. It was certainly one of those jobs that I will never forget and will talk about in many years to come! I am so thankful to Universal Extras for the experience and would encourage anyone who is in doubt about auditioning for a role to just go for it because you never know, you might just get it!

About the Author: Lucy is a registered member of Uni-versal Extras. For more information about her you can visit www.lucyscarfe.com or her Twitter page.