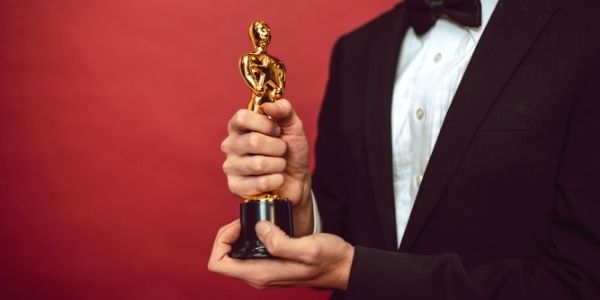 Oscar season is here once again! The ceremony may have been a little later than planned this year, but we couldn’t be more thrilled to join in with the celebrations once again. We’re honoured to have worked on a handful of nominated productions this year, and we’re delighted to continue to be a part of such an iconic association. Find out all you need to know about last night’s ceremony, including those all-important winners!

The 93rd Academy Awards were held in Hollywood last night, and it was a ceremony like no other! It’s being described as the most diverse Oscars ever. Chloe Zhao took home the award for best director, the first Asian woman to do so, and it paved the way for a celebratory night. Due to the pandemic, attendance was lower than usual, and in a strange turn of events, it was decided to not include any video acceptance speeches. This meant winners either had to attend the ceremony in person or forgo thanking their colleagues and co-stars. Nonetheless, the ceremony was filled with its usual glitz and glam, and it was a real chance to celebrate an industry that is bouncing back after a difficult year.

‘The Father’ who won 2 awards, including ‘Actor in a Leading Role’ for Sir Anthony Hopkins’ performance. He was the oldest recipient to take home the award, and he paid tribute to the late Chadwick Boseman, who was also nominated. We were really proud to see that some of our productions were also nominated this year, including ‘Emma.’ Check out our list of top winners:

Nominees:
The Father
Judas and the Black Messiah
Mank
Minari
Promising Young Woman
Sound of Metal
The Trial of the Chicago 7

Actress in a leading role

Actor in a leading role

Nominees:
Love and Monsters
The Midnight Sky
Mulan
The One and Only Ivan