Questions I have after watching Star Wars for the First Time 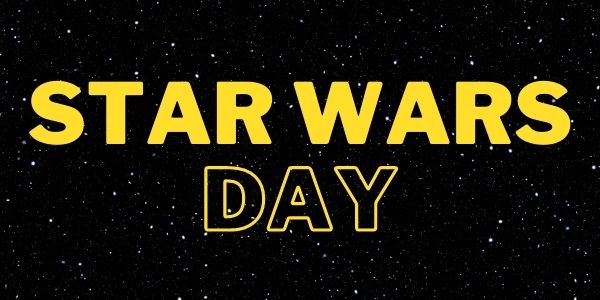 It’s May 4th which can only mean one thing, it’s Star Wars day! Believe it or not, I had never seen a single Star Wars film before (I know I know!) That was until I told everyone here at Uni-versal Extras that is! I’m new to the UVE team and everyone was completely shocked that I had never sat through a Star Wars movie before. So, I was set a little challenge! Over the bank holiday weekend, I watched ALL of the Star Wars movies. It definitely took some time to get through, and I’m officially sick of galaxies far far away, but I did it! But I have been left with a few burning questions…

May the 4th Be with you!

My movie marathon began with ‘Star Wars: A New Hope’ and ended with the most recent release, ‘Star Wars: The Rise of Skywalker.’ I watched all 9 films in the franchise, but I did forgo any spin off’s because I did need to sleep at some point over the weekend after all! My normal go-to films are cheesy rom-coms, so it’s safe to say that Star Wars isn’t my usual cup of tea. But on the whole, I didn’t mind watching the iconic film franchise. I got to see what all the fuss is about and I now understand why people enjoy it so much. However, there were some things that I didn’t quite grasp…

Considering the fact that the entire film franchise is set in space, why do they visit so many desert and jungle-based planets?

How many times can they rebuild the Death Star? And why do they always stick with the same design?

Where does the force come from? Can anyone get the force or are they just born with it?

Could Jabba the Hutt be any creepier?

Why did Hans Solo not tell Princess Leah that he loves her too? Saying ‘I know’ is pretty self-centred if you ask me!

Where can I buy a real-life lightsabre? I imagine they can come in quite useful!

Who is Rey related to? She seems very involved for just a family friend.

Was there really a need for episodes 1-3?

What conditioner does Chewbacca use? He looks super soft for a space smuggler!

Were the newer films made just to kill off the original cast? It’s like a domino effect!

Does anyone else reckon R2-D2 was insanely jealous when BB8 came along?

Are they ever going to make a film about Kylo Wren as a newborn? I need to see Hans’ parenting!

This isn’t really a question, but I was thoroughly upset that Baby Yoda was nowhere to be seen!

Are you a Star Wars fan? How are you celebrating May the 4th? What’s your favourite moment from the series? Let us know in the comments below!