Home » Blog » What to Watch This Bank Holiday Weekend

What to Watch This Bank Holiday Weekend 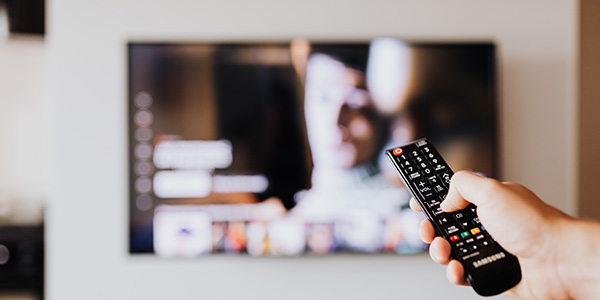 A long, bank-holiday weekend is the perfect opportunity to kick up your heels and get some much-needed rest.

It’s also the perfect opportunity to catch up on some binge-worthy TV and new film releases, wouldn’t you say?

Whether you’re in need of something romantic, historical, hilarious, or simply something you know will keep the whole family occupied for a little while, we’ll bet we’ve got just the ticket.

Forget endless scrolling through Netflix dashboards and reading intro after intro deciding what to watch. Here are some fantastic recent releases – whatever you’re in the mood for. We’ll even show you where you can watch them – how’s that sound?

Without further ado, here are the recent TV and Films that the UVE team will be catching up on this weekend…

If you’re looking for something… full of Witty Wordplay

If you are a fan of satire, Chivalry should definitely earn a spot on this weekend’s watchlist.

Chivalry is a channel 4 comedy-drama set in a Hollywood movie studio. We just know that our Extras will enjoy the familiarity of being on a film set, the brilliant writing, the stellar cast (Steve Coogan, Sarah Solemani, Sienna Miller, Aisling Bea and Wanda Sykes), and numerous A-list cameos.

If you’re looking for something… Everyone can Enjoy

Death on the Nile / Murder on the Orient Express

Whether you know of Agatha Christie’s original written work or not, no one can resist a whodunnit. Death on the Nile OR Murder on the Orient Express will have the family gripped from start to finish and you can catch them both on Disney+!

🎞️ Watch Death on the Nile on Disney+ | Watch Trailer

If you’re looking for something… Family-Friendly

CBBC’s Dodger is a 10-part comic spin-off based on Charles Dickens’ most lovable rogue, the Artful Dodger.

With Christopher Eccleston as gang-leader, Fagin, Dodger does an amazing job of retelling a story we’re all very familiar with, from a brilliant new angle. Plus, anything that gets the kids reliving the magic of Dickens is a winner in our books.

If you’re looking for something… for the Hopeless Romantic

We’re suckers for a love triangle really, aren’t we?

Cyrano is a beautiful, musical adaptation of Cyrano de Bergerac. With Peter Dinklage as the lead; Cyrano is dazzling, heart-breaking and totally timeless. If you’re searching for a film to tug on the heartstrings this weekend, Cyrano is absolutely one to cue up.

Something… Inspired By True Events

Any lovers of military history (or indeed, Colin Firth) should run to check out the brilliant Operation Mincemeat.

Based on the Ben Macintyre book ‘Operation Mincemeat: The True Spy Story That Changed the Course of World War II’, Operation Mincemeat tells the tale of the real-life intelligence officers that snuck a deceased gentleman from a British morgue in order to outsmart Hitler in the thick of the second world war. And yes, it’s exactly as enthralling as it sounds.

Something… to Binge Watch

It’s not often you get to witness a combat nurse from the 1940’s be mysteriously swept back in time to the Scottish Highlands in 1743.

Outlander is a gripping fantasy series which ticks all boxes from romance to adventure and sci-fi. If you’re looking for a binge-worthy series to get your teeth into this weekend, you’ll be happy to hear you can stream all 6 series from STARZPLAY on Amazon Prime and Apple TV.