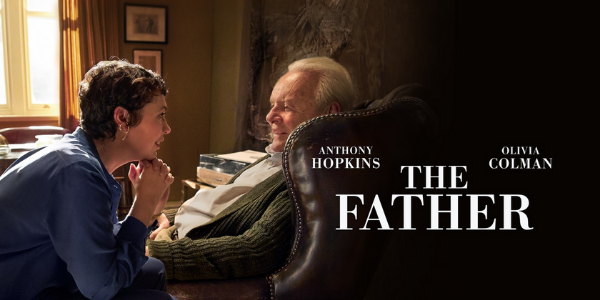 It’s Father’s Day this Sunday and many of us are looking forward to spending time with our dads after a difficult year full of restrictions. If you’re stumped for the perfect gift idea for your dad, why not bond with the old man by heading out to the cinema and watching a newly released film? Oscar-winner ‘The Father’ was released just last week and we were honoured to have worked on this production and supply Extras and Casting Support for the film.

Father’s Day always seems to have the same structure; gift your dad a pair of novelty socks, a bottle of aftershave, and then take him out for a pint and a bite to eat. And don’t forget the card with a cheeky joke or two! While the traditions are great, why not break the mould this year and gift your dad a cinematic experience? The cinemas reopened last month and here at UVE, we’re encouraging everyone to head out to the pictures and go and see some of the amazing new releases coming this year. From the concession stands to the screening itself, everybody loves the cinema, and your dad is sure to enjoy his visit, especially if you treat him to some popcorn!

Why not take your dad to see ‘The Father’ this Sunday? Released last Friday (just in time for Father’s Day) the film is already receiving rave reviews after its Oscars’ success earlier this year. It’s an incredibly powerful film that really brings emotions to the surface, and it’s received phenomenal praise from the industry and audiences alike. Starring Sir Anthony Hopkins and Olivia Colman, the film follows a father-daughter relationship during the father’s battle with Dementia. Check out the trailer below!

Director Florian Zeller was determined to have Sir Anthony Hopkins play the lead role of ‘Anthony,’ so much so that he refused to pursue any other actors for the part. Luckily, Zeller’s gamble paid off, as earlier in the year Hopkins won the Oscar for ‘Actor in a Leading Role’ for his performance in the film. ‘The Father’ also received 6 nominations at the BAFTAs, as well as multiple nominations at the Screen Actors Guild Awards.

Uni-versal Extras are proud to say that we worked on ‘The Father’ production and supplied Supporting Artists for the film. We supplied roles including receptionists, doctors, nurses and patients. One of our lovely extras, June, had this to say about her experience on set:

“I had such an enjoyable day on the set of The Father. Filming that day took place in a very beautiful and historical part of London, and I played a patient suffering from Dementia. It was a bright but very cold day and I was dressed in my pyjamas. During one of our breaks, Olivia Colman poured me a cuppa. She was so thoughtful and caring, a truly lovely lady.”

Would you like to be an extra on a feature film? Register with Uni-versal Extras today to receive membership access to our Jobs Board. Once registered, make sure you download our exclusive UVE Artistes App to keep your profile up-to-date and to receive the latest roles straight to your mobile device.